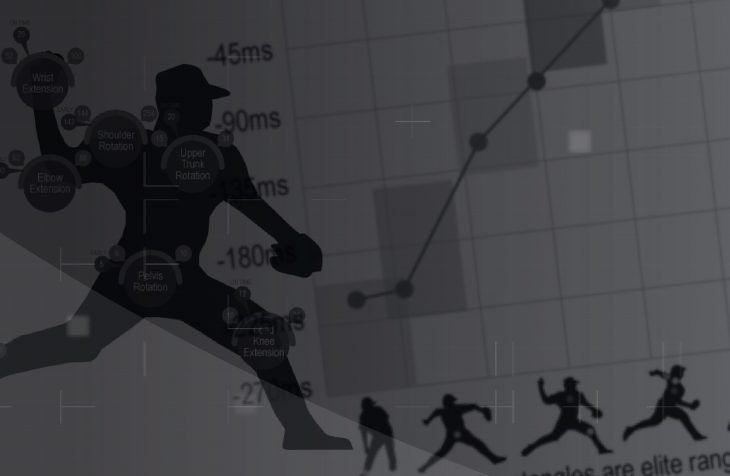 In major league baseball, the fact is that very few teams have any idea about throwing biomechanics. For very good reason, MLB is a results oriented business. Someone that could stand on their head, throw underhanded, or do a Simone Biles backflip and still consistently get the ball past Aaron Judge and Mike Trout would be signed and probably rich.

For most teams, they simply don’t care about throwing biomechanics. They don’t measure them, they barely work with them, and are focused only on results. When one of their pitchers breaks, they shrug, replace them with the next guy, and hope for the best. That’s actually a sustainable model until recently.

Until around 2000, there really wasn’t much of a way to do much about it. While pitchers and coaches talked about mechanics, measuring them was almost science fiction. Even when Dr. Glenn Fleisig opened up his biomechanics lab in Birmingham in the mid-eighties, the best lab and technology in the world was limited to the lab.

We know that what a player does in the lab – dressed funny, on a fake mound, with no hitters – is different than what they same pitcher does on game day, but we don’t know much about how. We knew nothing until the last ten years, when technology caught up to the problem. With cameras and sensors, such as the motusTHROW, that can be used in game at any level, we’re finally starting to see the effects of good and bad throwing biomechanics, as well as the effects of well managed workloads.

The question that occurs now is once we have the ability to collect the kind of data that shows us true biomechanics, on the field rather than in the lab, what do we do with it? So often, as with sabermetrics and pitch tracking, there was a lot of data before there was any context.

I would suggest that the first wave will be simple “good or bad” mechanical analysis. Being able to assess risk will inform decisions on scouting, contracts, and roster construction. Many perceive this as a risk to players, but the data goes both ways. A player with good mechanics will have a longer career, we believe. Fixing mechanics may find a middle ground.

The second wave will be fatigue management. Rather than simply guessing at fatigue levels and recovery, we will be able to find out. For years, the best tool to measure fatigue was a pitching coach talking to the player and saying “how do you feel?” No longer. Advanced fatigue management should make the game safer and change pitching patterns.

The intriguing thing is that most changes in sports start at the top and trickle down. Its easier for the multi-million dollar teams and leagues to be at the cutting edge. Most of the tools used in this are now under a few thousand dollars and the motusTHROW is only $149! A college or even a high school team may end up finding advantages before the pros.

It’s an exciting time for throwing biomechanics and it won’t be just baseball. Football, cricket, track and field – any sport that involves an overhead throw will be monitored in this way. For every other sport, there’s more biomechanical tools on their way!