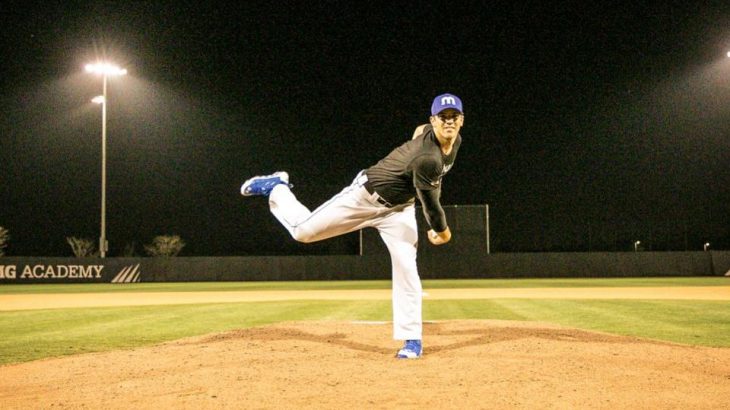 The Origins of Velocity, Part I

There’s no question that velocity has increased in Major League Baseball and at the levels leading up to it. However, there’s really been no explanation of how this happened. Using the data we have at Motus and with some key assistance from Motus’ Mike Lambiaso, I’ve tried to figure out if there’s any clear answer to this.

Over the past decade, the emphasis on velocity has led to a lot of velocity-focused training programs. There’s no question that these are popular and often effective, but there’s also some concern that some of the techniques may lead to increased injury. Early research is mixed, but we believe that the use of the motusBASEBALL is especially important in these types of programs. Understanding both the workload and the stress on the arm is absolutely key to protecting the arm during the attempts to increase strength and velocity.

My question is one of a “chicken and egg” variety. Pitching programs have been around for decades, but the velocity focused ones are a bit newer. Have these programs had the time to really make an impact at the highest level?

One of the clues might be where these athletes come from. We decided to create a rule to limit our data set. We wanted current season (2017) pitchers who had thrown at least 50 innings, in any role. These pitchers had to have an average fastball velocity of 96 mph, as rated by FanGraphs. We found 47 pitchers that met these conditions.

10 of the 47 were starters. Since starters have to think about endurance, we may be under-representing starters. Pitchers that are normally starters but come in for relief often throw harder – David Price is an example of that this season.

47 percent of the pitchers were out of the international draft pool. While we cannot say for certain that these pitchers did not participate in velocity programs and have certainly had development and instruction since coming into their organizations, we can reasonably say that none of these had early instruction and since few MLB teams use a focused velocity program, we can also reasonably say that these pitchers are outside the results of such programs.

A more notable sample is that of the 25 American-born pitchers in our data set, 17 either grew up in or went to college in a warm weather state. These are precisely the types of players that would be most likely to have participated in a velocity-focused program and further study into this is necessary to determine whether or not this is the case.

Only 4 of the pitchers in the data set were drafted out of high school, with an additional 3 coming out of a junior college program. Add in that the average age of this set is age-27 and there’s some indication that velocity is not only teachable, but “late blooming.” The increasing popularity of velocity-focused programs might evidence itself in a reduction of this average age over the next few years.

Finally, there is one troubling issue, but one that has nothing to do with velocity-focused programs specifically. 25 of the 47 pitchers in the data set have significant arm injuries, including shoulder and elbow problems, either currently or during their MLB careers. This figure may be higher, given the unknowns of pre-professional injuries. Regardless, this number is slightly higher than the overall MLB injury rate and indicates once again that increased velocity alone is a major risk factor. As velocity increases overall, the expected result of these programs, so too should injury risk for many.

This is obviously an incomplete look at the issue, but it does give some indications of where to look in the future with a more focused look at both pitcher velocity and the effects of velocity-focused training. We believe that rather than waiting years for a longitudinal look at the issue, teams and players should measure the stress and workload on their arms in order to protect it at the same time they are working to improve their performance. Use of the motusBASEBALL by some of the top programs and coaches, as well as by many MLB teams, is a clear best practice.

Special thanks to Mike Lambiaso and the Motus data team for assistance.