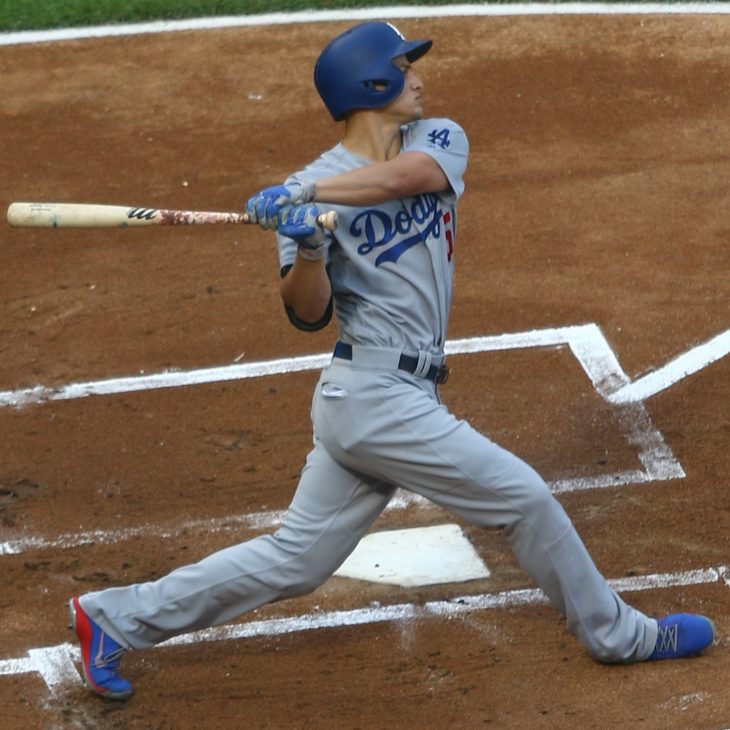 The Positional Unknown of Elbow Injuries

The Tommy John epidemic continues in baseball, but position players have long seemed immune. That’s not entirely true, with several position players over the years, including some stars, damaging their ulnar collateral ligament (UCL) enough to require the surgery. The most recent is Dodgers’ star shortstop Corey Seager, who’s gone from Rookie of the Year and the World Series stage to the operating room.

The big unanswered question is how do position players damage the ligament? We’ve long known that the two root causes of UCL damage are too much force and too much use. The combination of damage, fatigue, and recovery were a kind of grim calculus that would lead to surgical intervention. Position players don’t often overwork or overload the ligament, but that small fraction that does must be doing something different, or they are beginning with a weakened or damaged ligament, which can’t be ruled out.

Speaking with top doctors, they don’t believe that the issue can be completely put on genetic factors. “Small or weak ligaments isn’t noted in most of these cases,” said one MLB team physician. “Inside, the elbow damage tends to look just like a pitcher and the fix is exactly the same.”

We do have several collegiate teams that have position players wearing the motusTHROW, so we have some data to work with. For collegiate position players, we’re normally seeing between 40 and 50 newton-meters (Nm), which alone isn’t enough to create a significant UCL sprain from a single throw. We know, also through the use of motusTHROW’s monitoring of workloads, that most position players aside from catchers seldom make enough throws to significantly fatigue the arm.

We normally see MLB-level pitchers at about 70-80 Nm of torque on throws,with position players coming a bit lower than that, at between 40 and 50 Nm. These are normal ranges, though they are above the theoretical breaking point of the UCL. Studies have not determined the true force needed, with some tests in isolation showing a force as low as 32 Nm. We know that pitchers survive higher than this with each throw and to understand how, studies have shown that without contributions of the surrounding muscles, 54% of the elbow force is applied to the UCL on each pitch.

Without the support of the surrounding muscle tissue, a pitcher could theoretically tear this ligament on any given throw, but there’s no definitive study that shows the effect of muscle strength or fatigue on this figure. However, we know that position players throw with about half the torque as a pitcher and with even less of that resulting in direct torque and deterioration to the UCL, it remains rather improbable that any given throw could result in a tear.

For pitchers, the combination of mechanical deficiency, workload or fatigue, and torque is what most believe causes UCL sprains, with musculature contributions likely important, but little is still known about their contribution. Absent these causes, it’s all the more perplexing that healthy, unfatigued athletes like Corey Seager would develop a problem. It’s known that Seager played for a time with the sprain and that it did not get better, but there’s no public knowledge of what the original injury might be.

We’re left to theorize. One MLB Athletic Trainer believes that the position players we see are carrying previous damage. “Most of these kids pitched in high school or college, but either weren’t good enough to stay there or were just better hitters. There may well be pre-existing damage we don’t know about,” he suggested.

Another orthopedist believes there’s a genetic component that is largely unknown. “We don’t all have the same bodies,” he explained. “Some people have strong bones and muscles and some don’t. In an athletic population, is it not possible that there’s a variance in ligament size and/or strength?” There is a possibility, but without more measurements, which can be done with ultrasound or MRI, it remains just a theory.

One theory that several coaches and doctors gave me was the “odd throw” theory. “A guy throws off balance or his foot slips,” one said. “An outfielder is cold and has to make a hard throw to second from the corner after standing around for a couple innings. It’s far from ideal conditions, but is it enough to pop one?” This is an interesting theory, but few position players have had a clear “one throw event”, which would match up with this theory.

On top of this, the average high effort throw (40-50 Nm) even with no muscle contribution doesn’t apply enough force on the UCL (< 25 Nm) to cause an acute rupture without previous damage. It does bear testing to see if there’s a causative event that plays out over time or if acute to chronic workload ratio has spiked above normative levels which would indicate a high risk of injury. This would require extensive monitoring of every throw.

There’s clearly a lot more to learn about this issue, which has led to a research project that is just getting underway. Using the motusTHROW, we’re going to test position players in controlled and some game situations in order to find the normal ranges for the normal types of throws that they’ll encounter, as well as testing for fatigue and volume. We’re excited to see what we find and will update this in the near future.

Unfortunately, we don’t know the root cause of UCL sprains in position players, which makes them difficult to reduce or even prevent. The current best practice is to monitor both forces and workload with a motusTHROW as well as check any pain with a medical professional. Our goal is to collect more data and conduct research to help come up with a newer, better best practice.