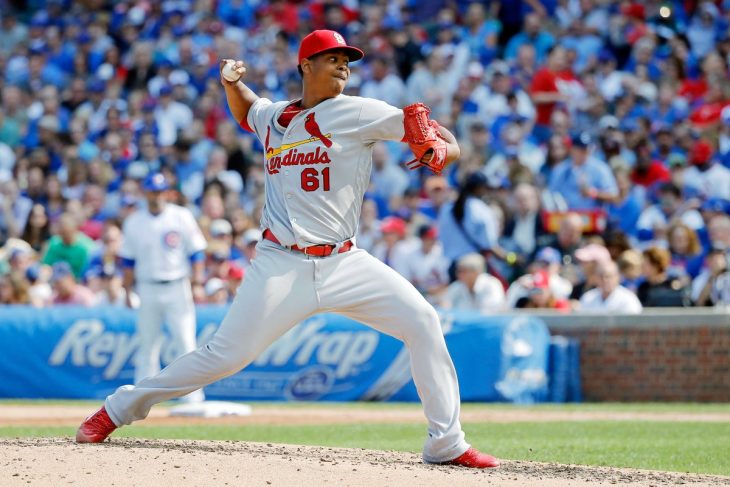 As velocity numbers and DL days have tracked up over the last few years, there’s been a lot of discussion about some of the more granular areas and changes. However, there’s been little publicly available data to test any of this.

At Motus, our lab-accurate system to measure throwing mechanics of the pitcher’s elbow gives us a unique opportunity to test some of these theories. We do a lot of research at Motus and I want to be clear that this is much more of a “quick look.” It is not intended to be a definitive study, but just to look at whether more research should be done on a topic.

The first topic we wanted to take a look at is the “Tommy John Twist.” Chris O’Leary has argued that this move – turning the ball towards second base at the top of the high-cock pitching position – increases forces on the elbow and leads to more injury. Here’s an example pulled from O’Leary’s public timeline: 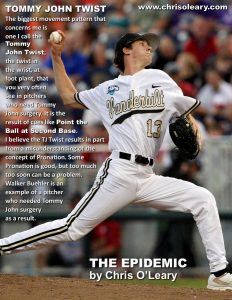 To quickly test this, we went to Dan Blewett, who runs an elite pitching facility in Illinois. I asked him to select five pitchers who were available to make a series of throws. In the first twelve throws, the pitchers threw with their normal mechanics. In the following twelve throws, they were instructed to point the ball to second base, but given no other cues as to why. They were instructed to throw normally and their pitch effort could be measured by arm speed and arm slot.

Again with every caveat about sample size, we saw no significant change. With all five of the pitchers, the change is barely visible on their chart. Here’s one example I selected because it had the most variation of the sample: 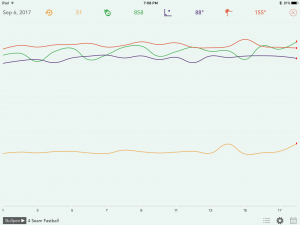 The orange line at the bottom is the elbow stress, which is measured in terms of newton-meters of torque on the elbow. While there is obviously some variation in the recorded forces, there is also clearly no major increase (or decrease) when the ‘twist’ is introduced. All other forces for the pitchers stays within an expected range with normal variation, which suggests that the isolation of the “twist” is reasonable.

Notably, there is no adjustment period where an unusual mechanical change is integrated. In many cases, it takes a pitcher a period of time to integrate something, even when it is minor and it can create a significant change in the overall measurements. This does not occur in any notable fashion here, between throw 12 and 13 as would be expected.

Another possibility here is that all the pitchers in the sample were “low stress” pitchers. At higher levels of stress, a change like the position of the ball could be more impactful. Given the pitchers here were well coached and have had their workload managed properly, it could possibly protect them from the greater effect of a mechanical change.

Given the quick nature and small sample of both pitchers and pitches, this is certainly not a definitive result. Further research in larger numbers in a more definitive sample and structure could show a more significant result. At this time however, this quick look suggests that the “Tommy John twist” might not have a significant effect on the elbow.

I’d love people out there, especially those who have experience with the MotusTHROW, to try and replicate these results or even make this a part of a larger study. Contact me if you’d like more info or to help with this project.